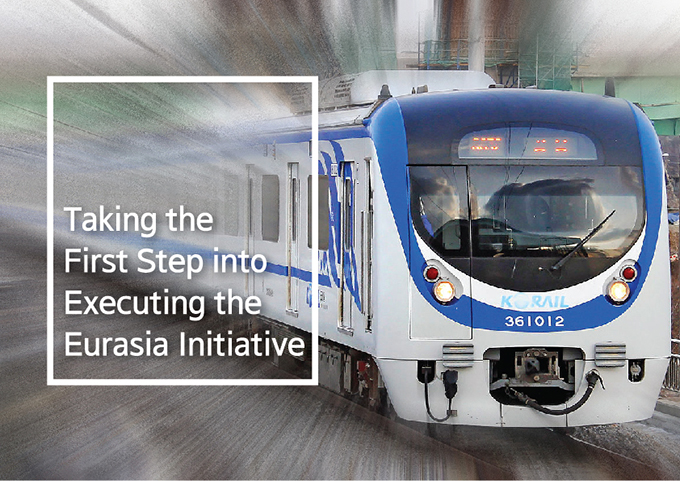 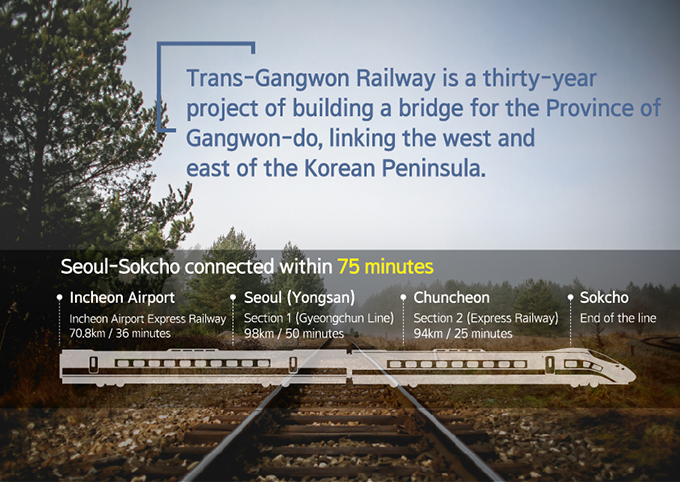 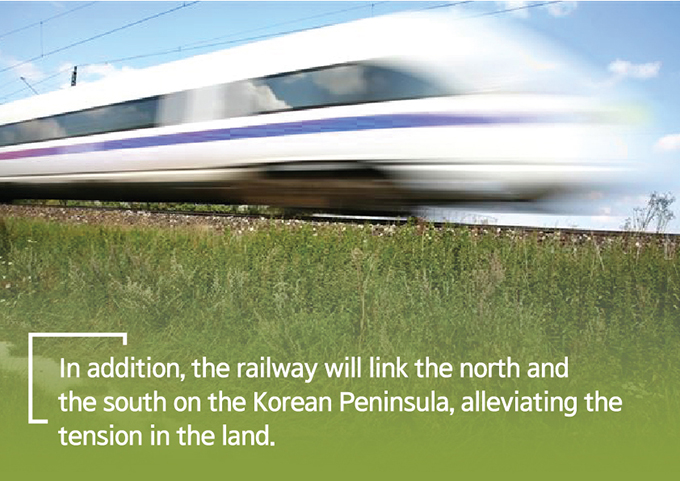 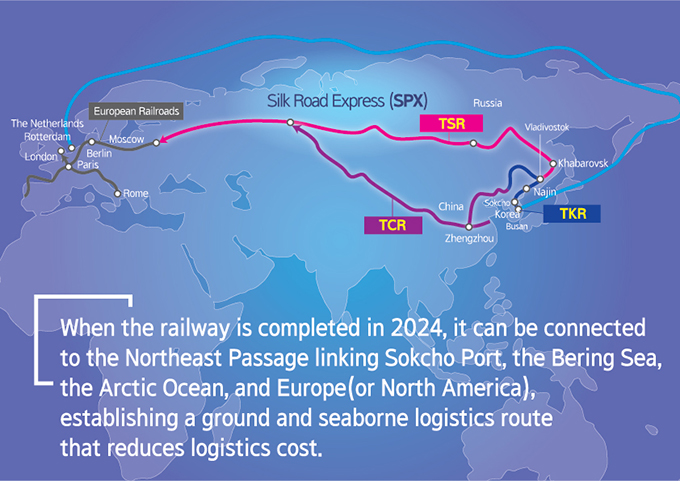 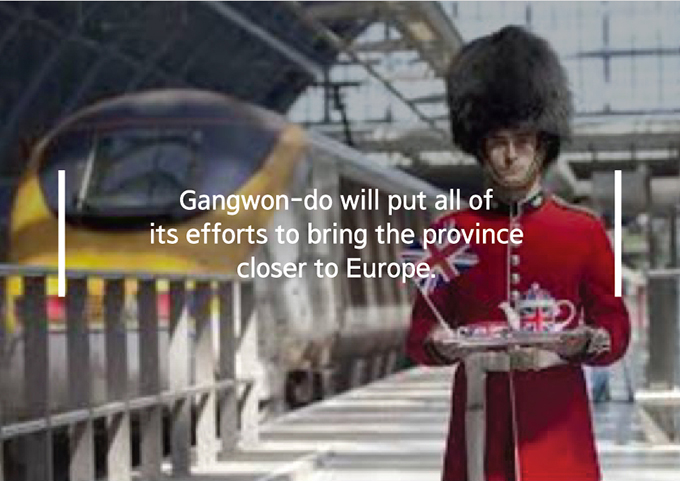 Taking the First step into execution the Eurasia Initiative

Eurasia Initiative: By connecting the largest single continent in the world and the largest market in Eurasia, the initiative aims to facilitate economic cooperation between the countries and generate jobs. In addition, leading these Eurasian countries to pressure North Korea to open up will alleviate the tension on the Korean Peninsula, thereby constructing the basis for unification of North and South Korea.

Trans-Gangwon Railway is a thirty-year project of building a bridge for the Province of Gangwon-do, linking the west and east of the Korean Peninsula.

Sokcho
End of the line

In addition, the railway will link the north and the south on the Korean Peninsula, alleviating the tension in the land.

When the railway is completed in 2024, it can be connected to the Northeast Passage linking Sokcho Port, the Bering Sea, the Arctic Ocean, and Europe (or North America), establishing a ground and seaborne logistics route that reduces logistics cost.

Gangwon-do will put all of its efforts to bring the province closer to Europe.

Previous article
Almost ready for 2018PyeongChang Olympic Winter Games
Next article
What is Gangwon-do? Come if you're curious!
List