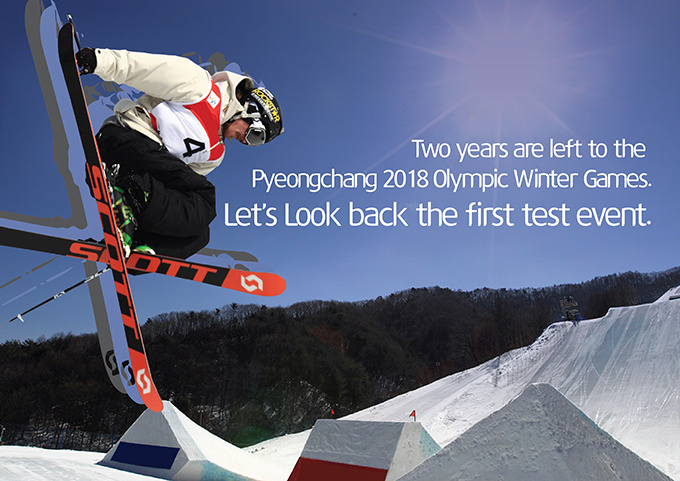 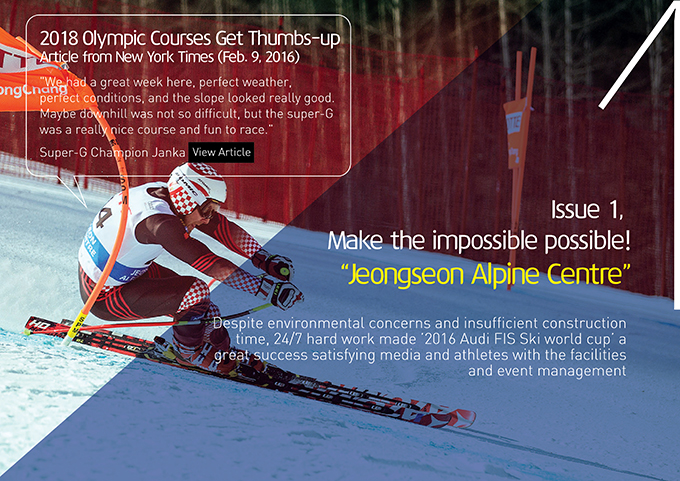 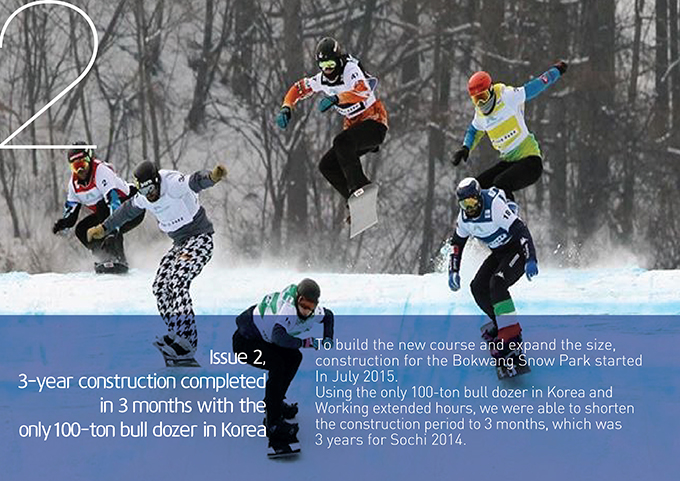 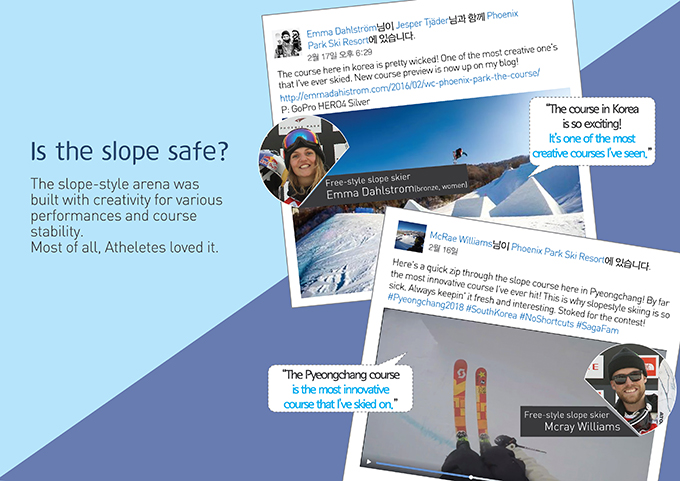 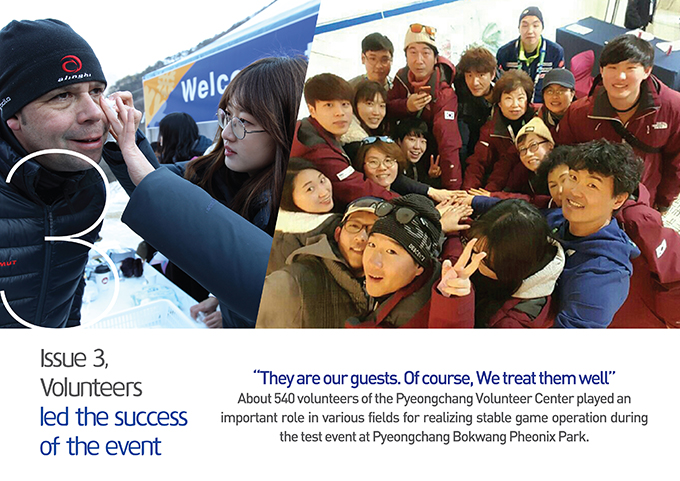 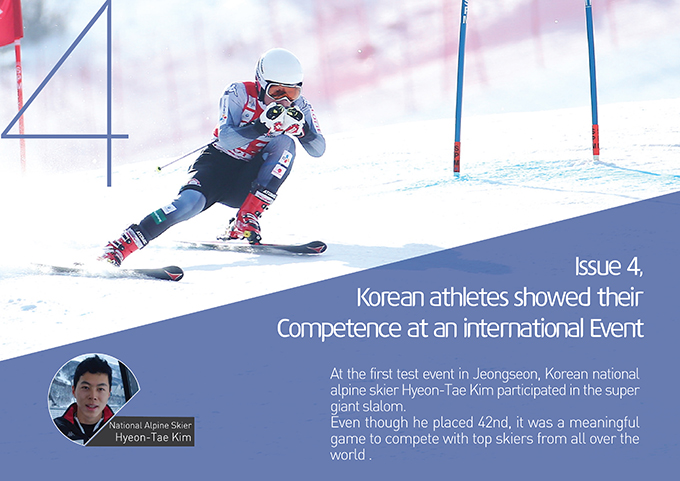 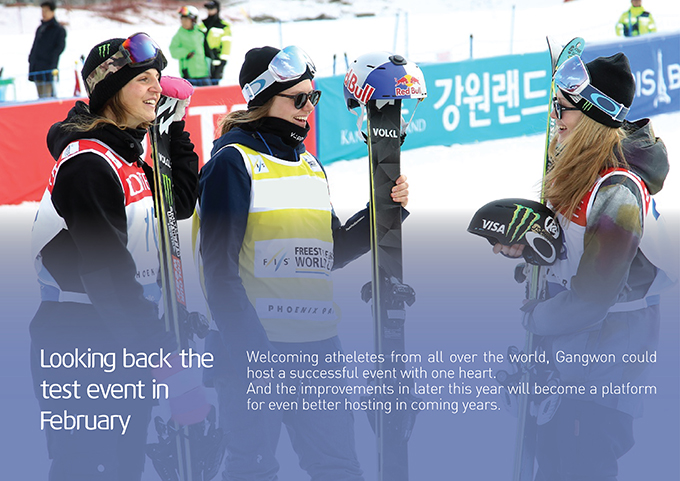 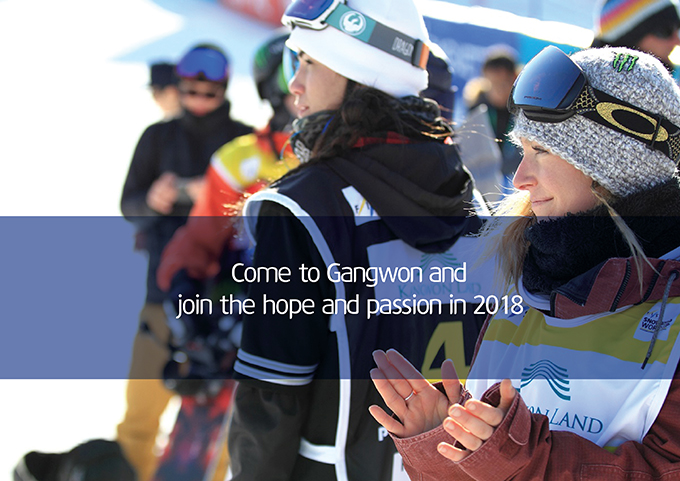 2. Issue 1, Make the impossible possible! “Jeongseon Alpine Centre”
- 2018 Olympic Courses Get Thumbs-up: article from New York Times(Feb. 9, 2016)
“We had a great week here, perfect weather, perfect conditions, and the slop looked really good. Maybe downhill was not so difficult、but the super-G was a really nice course and fun to race,” said Super-G Champion Janka.
- Despite environmental concerns and insufficient construction time, 24/7(twenty-four seven) hard work made ‘2016 Audi FIS Ski World Cup’ a great success satisfying media and athletes with the facilities and event management.
3. Issue 2, 3-year construction completed in 3 months with the only 100-ton bull dozer in Korea
- To build the new course and expand the size, construction for the Bokwang Snow Park started in July 2015. Using the only 100-ton bull dozer in Korea and working extended hours, we were able to shorten the construction period to 3 months, which was 3 years for Sochi 2014.

4. Is the slope safe?
- The slope-style arena was built with creativity for various performances and course stability. Most of all, athletes loved it.
∙“The course in Korea is so exciting! It’s one of the most creative courses I’ve seen.”
∙“The Pyeongchang course is the most innovative course that I’ve skied on.”

5. Issue 3, Volunteers led the success of the event
- “They are our guests. Of course, we treat them well.” About 450 volunteers of the Pyeongchang Volunteer Center played an important role in various fields for realizing stable game operation during the test event at Pyeonchang Bokwang Phoenix Park.

6. Issue 4, Korean athletes showed their competence at an international event
- At the first test event in Jeongseon, Korean national alpine skier Hyeon-Tae Kim participated in the super giant slalom. Even though he placed 42nd, it was a meaningful game to compete with top skiers from all over the world. (photo: national alpine skier, Hyeon-Tae Kim)
7. Looking back the test event in February
- Welcoming athletes from all over the world, Gangwon could host a successful event with one heart. And the improvements in later this year will become a platform for even better hosting in coming years.